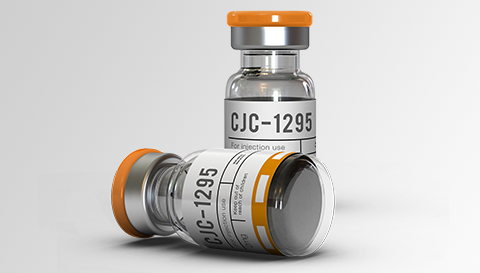 CJC-1295 is a peptide hormone that consists of 30 amino acids. It functions as an analogue of somatoliberin in the human body (a natural stimulator of growth hormone secretion). One of the advantages of CJC-1295 over traditional factors of growth hormone release and recombinant factor of human growth hormone is its ability to bioconjugate with serum albumin, thereby increasing its half-life and therapeutic effect. It’s possible due to of using of protective groups around the amino acids of the growth hormone releasing factor, typically susceptible to enzymatic cleavage. There was no cleavage of dipeptidyl peptidase-4 observed during various experiments in CJC-1295. Slow-wave sleep providing is another nice feature of CJC-1295. This type of sleeping is also known as a deep sleep and the most intense muscle growth is observed during it. Slow-wave sleep becomes a rare phenomenon in the elderly. The peptide is also able to significantly increase the level of production of growth hormone.