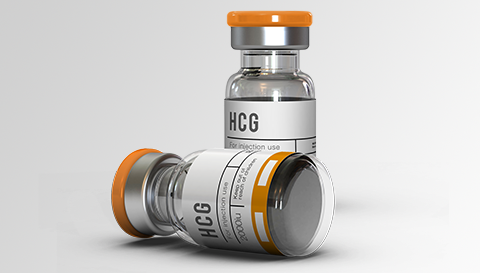 Description: Lyophilized white or almost white powder.
Pharmacotherapeutic group: Luteinizing agent.
Pharmacological properties: The drug has a gonadotropic effect, mainly luteinizing. Stimulates the synthesis of sex hormones in the ovaries and testicles. Stimulates ovulation in women and spermatogenesis in men. Strengthens the development of genital organs and secondary sexual characteristics.
Indications for use: Hypofunction of the sex glands in men and women, caused by a violation of the hypothalamus and the pituitary.
In women: anovulatory infertility, lack of a yellow body (in the presence of estrogen function of the ovaries), induction of superovulation with assistive methods of reproductive techniques, habitual miscarriage, threatening spontaneous miscarriage.
In men: hypogenitalism, eunuchoidism; hypoplasia of information, cryptorchidism; adipozogenital syndrome, sexual infantilism; oligoasthenospermia, azoospermia.
Contraindications: Hypersensitivity to the components of the drug, pituitary tumor, hormonal-active tumors of the gonads (including androgen-dependent), absence of the gonads (congenital or after surgery), early menopause, thrombophlebitis, lactation period, ovarian cancer, hypothyroidism, adrenal insufficiency , hyperprolactinemia, obstruction of the fallopian tubes.
For the purpose of differential diagnosis of cryptorchidism and anarchism in boys and with the purpose of evaluating testicular functions in hypogonadotropic hypogonadism.
With caution: adolescence, ischemic heart disease, arterial hypertension, chronic renal failure, bronchial asthma, migraine.

Dosing and administration: The drug is administered intramuscularly.
For the induction of ovulation in women is needed at one time 5000-10000 units, to stimulate the function of the yellow body, 1500-5000 units are needed for 3-6-9 days after ovulation.
To induce superovulation in the course of assisted reproductive activities, up to 10,000 units once after the induction of growth of multiple follicles, which is achieved as a result of stimulation according to the established scheme. Sampling of the egg is carried out 34-36 hours after administration.
With the usual miscarriage of pregnancy, the introduction begins immediately after the pregnancy is diagnosed (but not later than 8 weeks) and continues until the 14th week of pregnancy inclusive: on the first day 10,000 units, then 5,000 units 2 times a week.

If the sexual development of boys is delayed by 3000-5000 ME once a week for at least 3 months. For men, 500-2000 units once a day 2-3 times a week for 1.5-3 months.
When hypogonadotropic hypogonadism: 1500-6000 units (in combination with menotropin) 1 time per week.
With the purpose of differential diagnosis of cryptorchidism and anarchism in boys and with the purpose of evaluating the function of the testicles in hypogonadotropic hypogonadism, once-5000 units.
With idiopathic normogonadotropic oligospermia 5000 units weekly for 3 months along with menotropins. In oligo- and asthenospermia caused by relative androgen deficiency, 2500 units every 5 days or 10,000 units once every 2 weeks for 3 months.

Side effect:
Local reactions (pain at the injection site, hyperemia); allergic reactions; headache; increased fatigue; irritability; anxiety; depression; suppression of gonadotrophic pituitary gland function.
In women with combined infertility treatment, this is a syndrome of ovarian hyperstimulation. In men, fluid retention, swelling, hypersensitivity nipples of the mammary glands, gynecomastia, an increase in testicles in the inguinal canal (with cryptorchidism).
Overdose:
It can be a syndrome of ovarian hyperstimulation in women with an increase in their size due to ovarian cysts with the danger of their rupture, the appearance of ascites and hydrothorax. Treatment is symptomatic.